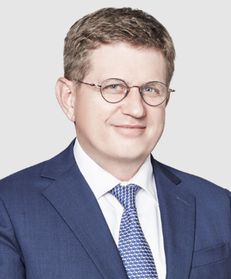 Member and co-head of the international arbitration practice, Lee & Ko

Robert Wachter, FCIArb is the co-head of the international arbitration practice at Lee & Ko. After finishing at the top of his law school class, Mr Wachter began his career as a law clerk to Senior US District Judge Samuel P King for the District of Hawaii. Thereafter, he joined the San Francisco office of O’Melveny & Myers, where he was promoted to counsel. He moved to Korea in 2004.

He has acted in cases brought under all the major arbitration rules, including ICC, SIAC, KCAB, VIAC, Swiss Chambers, LCIA, SCC, JCAA and UNCITRAL. He has significant experience in both common law and civil law jurisdictions.

In addition to his experience in Korea, he worked at Graf & Pitkowitz in Vienna, Austria, before returning to Korea in 2014. He became the co-head of the Lee & Ko team in 2015