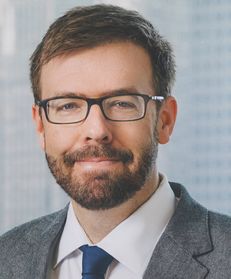 Robert Patton is a director based in NERA’s Toronto office, specialising in financial economics and valuation. In this role, he applies two decades of experience in economics, finance and valuation to questions arising in legal disputes, public policy and business. He has submitted expert reports in venues including multiple Canadian provincial courts and the English High Court and has been qualified as an expert witness and testified at trial. In commercial disputes and international arbitration, Mr Patton has analysed damages in matters alleging breach of contract, expropriation, breaches relating to fair and equitable treatment, defamation and other causes of action. Who’s Who Legal: Arbitration has described Mr Patton as a ‘knowledgeable, thorough, responsive, objective and fair’ expert and lists Mr Patton in its ‘most highly regarded’ category.