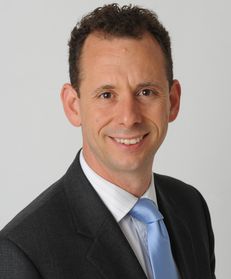 Richard is a partner in Bird & Bird's Intellectual Property Practice, based in London. Richard is an acknowledged expert on global mobile telecommunications patent litigation and arbitration, and has acted on disputes for many of the major players in the sector.

Before joining Bird & Bird in 2016, Richard was the Vice President and Head of Litigation at Nokia, where he managed Nokia's global litigation.  During his time at Nokia he managed cross border patent litigations between Nokia and KPN, IPCom, Apple, HTC, Blackberry and Viewsonic. He was heavily involved in the dispute with Qualcomm, having overall responsibility for the actions in China.  He also managed Nokia's ground-breaking arbitration on Standards Essential Patent valuations with Samsung and LG.

Richard has been named twice in Managing IP's annual list of the 50 most influential people in intellectual property and is regularly viewed as a corporate IP star by MIP.  At Nokia, he was awarded 'In-House Counsel of the Year' by the Lawyer.

He sits part time as a District Judge in London and the South East, and in the Intellectual Property Enterprise Court.