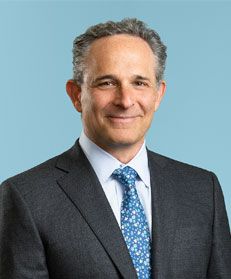 Over the course of his nearly 20-year career, Richard Deutsch has been at the center of some of the most important issues in international arbitration, commercial litigation and government investigations.

Rich’s government investigations practice has been built on the representation of companies implicated in matters at the forefront of government scrutiny. Most recently, Rich represented a leading civil engineering firm in the largest Federal Election Campaign Act (FECA) investigation undertaken by the U.S. Department of Justice. He has also represented international energy companies implicated in industry-wide Foreign Corrupt Practices Act (FCPA) scandals, guiding them as they were being investigated by the DOJ, the Securities and Exchange Commission and the Internal Revenue Service. He has provided FCPA due diligence to energy companies and medical devices companies with business dealings in high-risk locales, including Brazil, China, Iran, Iraq, Libya, Mexico and Nigeria, among others.

In his commercial litigation practice, Rich has represented U.S. and Canadian banks and energy companies in large securities matters in federal and state court, including several multi-million dollar cases related to the Enron scandal. He has also defended a multinational bank in class action consumer claims and general commercial disputes.

Before earning his law degree, Rich was a sportswriter and wrote extensively for Sports Illustrated, The Washington Post, The Miami Herald, The Austin American-Statesman, The Houston Post and Texas Monthly Magazine.

B.A., The University of Texas at Austin, 1992
Journalism

U.S. Court of Appeals for the Second Circuit

U.S. Court of Appeals for the Fifth Circuit

U.S. Court of Appeals for the Seventh Circuit

U.S. District Court for the Northern District of Texas

U.S. District Court for the Southern District of Texas

U.S. District Court for the Western District of Texas