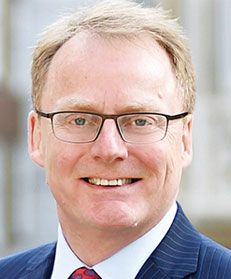 Richard Boulton KC is a chartered accountant and barrister, based in London. He has been instructed as quantum expert in more than 300 litigations, including many of the world’s largest commercial disputes.

Mr Boulton has given oral evidence on over sixty occasions. He is also a commercial barrister at the Chambers of Lord Grabiner KC, One Essex Court, Temple.

Mr Boulton has been listed as one of the leading experts on the quantum of damages and leading arbitration expert witnesses by Who’s Who Legal in every year since it started publishing its research. He has been ranked first or second in EMEA for many years and is a Global Elite Thought Leader in both categories.

Mr Boulton has appeared as an expert in the UK High Court, the Patents Court, the Restrictive Practices Court, the UK Comptroller of Patents, the Copyright Tribunal, the European Commission (Competition Directorate), the US District Court and the Singapore High Court. He has also testified before international arbitration tribunals (PCA, ICSID, ICC, LCIA, SIAC, UNCITRAL and various ad hoc tribunals) in London, Paris, Hong Kong, Singapore, Zurich and Washington, DC.

Mr Boulton was appointed King’s Counsel in 2011, eight years after being called to the Bar. He is ranked as a leading silk in commercial litigation and international arbitration. He has been described as ‘a formidable cross-examiner’, ‘an exceptional talent’ and ‘a huge asset in quantum cases’.