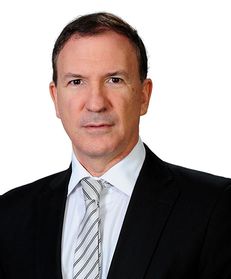 Ricardo A Ostrower has been head of the litigation and arbitration department at Marval O’Farrell Mairal which comprises 130 lawyers, since 2017.

Ricardo is highly experienced in handling complex arbitration and civil and commercial litigation proceedings for premier corporate clients, including oil and gas sector claims, cross-border matters, disputes between shareholders, product liability and class actions. He acts in arbitrations before the main international and domestic institutions such as ICC, ICSID and Arbitral Tribunal of the Buenos Aires Stock Exchange.

Ricardo graduated with honours from the University of Buenos Aires with a law degree. He received the Argentine Supreme Court award for being the top graduate in 1992.

For several years now, he has been selected as one of the top lawyers in commercial disputes from Argentina by different publications, such as Chambers Latin America, Global Chambers, The Legal 500, Latin Lawyer 250, LACCA, WWL’s Thought Leaders and Who’s Who Legal.