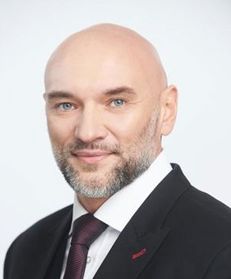 Ramūnas Audzevičius has been the partner and the co-head of the dispute resolution practice at Motieka & Audzevičius since 2003. Ramūnas is highly experienced in business, commercial and regulatory disputes involving the application of EU, international and foreign law, and corporate investigations.

Ramūnas also constantly sits as an arbitrator in international arbitrations. He also handles matters before the Supreme Court, the Supreme Administrative Court, and the Court of Appeal in Lithuania. Ramūnas has been involved in advising clients in litigious matters decided by courts of the highest instances in Russia, Ukraine, Belarus, Azerbaijan, Latvia,and Estonia.

Ramūnas studied at Harvard, Oxford, London and Vilnius universities, as well as Moscow School of Social and Economic Sciences.

In 2022 Ramūnas has been appointed as a member of the Court of the London Court of International Arbitration (LCIA). He has also been elected to the Executive Committee of the Swedish Arbitration Association.

His working languages are English, Russian and Lithuanian.