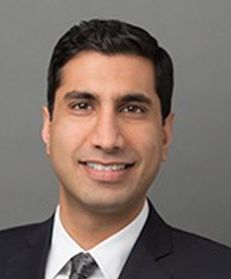 Rahim Moloo is a partner in the New York office of Gibson, Dunn & Crutcher.  He has been recognized as a leader in the field of international arbitration by Chambers and Partners, Law360, Who’s Who Legal, Latinvex and Euromoney Legal Media Group.

Mr. Moloo’s practice focuses on assisting clients to resolve complex international disputes in the most effective and efficient way possible.  Chambers Global identifies Mr. Moloo as “offer[ing] recognized skills in investment treaty and commercial arbitration matters, alongside related litigation work.”  He also advises clients on the structuring of foreign investments and matters of international law and sits as arbitrator in complex international cases.  According to Chambers Global, Mr. Moloo’s “strong advocacy and strategy skills stand out.  He has the perfect demeanor for international disputes—he’s a natural diplomat.”  Chambers USA notes that Mr. Moloo is an “accomplished and brilliant lawyer who is able to sift through a myriad of issues to focus on the salient ones.”  Chambers further notes that Mr. Moloo is “terrific” and praises his “pragmatic and commercial” approach, “comprehensive and deep knowledge” and “very calm presence” in arbitration proceedings. His “people skills are exceptional” and he is “able to relate to experienced lawyers but also nonlawyers with ease and grace.” Law360 recently awarded Mr. Moloo and the rest of the Gibson Dunn international arbitration team “international arbitration group of the year” honors for their successes in 2019.

Mr. Moloo’s experience spans a number of industries, including energy, mining, telecommunications, financial services, infrastructure, construction and consumer products.  Many of the disputes on which Mr. Moloo advises involve claims brought in multiple jurisdictions where important strategic choices must be made about which forum will provide the best result with respect to different aspects of the dispute.  And legal solutions often need to be considered in light of other avenues available, such as media campaigns and negotiations between business teams, to reach a favorable result.  Mr. Moloo has experience in navigating these various options.  His prior experience as General Counsel of a multinational organization in Central Asia helps him to see things from the perspective of management and in-house lawyers operating in difficult political and legal environments.  Indeed, Mr. Moloo has advised on many disputes where a favorable result was achieved without having to commence formal dispute resolution, such as arbitration.

Concurrently, Mr. Moloo is an Adjunct Professor at Columbia Law School, where he teaches an advanced course on international arbitration.  He also serves on the Executive Council of the American Society of International Law, and is co-chair of the Society’s 2019 Annual Conference.

Mr. Moloo has lectured at leading law schools and conferences, and published several articles on international arbitration and litigation, international investment law, and public international law, many of which have been cited in arbitral decisions and leading treatises.  Most recently, he co-authored a book on Procedural Law in International Investment Arbitration, published by Oxford University Press in 2018.  The book has been dubbed by the Secretary General of ICSID as being a “go-to guide” for Investor-State Dispute Settlement.

Mr. Moloo has degrees from Queen’s University, the University of British Columbia (UBC) and NYU School of Law.  He was named NYU’s All-University Valedictorian for Professional and Graduate students and has received UBC’s Outstanding Young Alumnus Award.  He is a former World Public Speaking Champion and National Debating Champion.