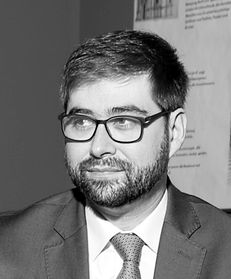 Pablo Martínez Llorente is a partner in Whitewell Legal, SLP.

Pablo founded Whitewell Legal after working for more than eight years in the litigation and arbitration department of Uría Menéndez Abogados. He has previously worked in other international law firms.

He advises clients in all types of disputes, especially in the areas of energy, construction, infrastructures, contracts and obligations and corporate conflicts.

Among his most prominent cases, he has defended an electricity plant against a gas supplier in connection with the interpretation of the supply contract (amount in dispute approximately EUR 100 million) and represented a construction company before a state entity in a dispute relating to the unilateral termination of a contract for the construction of a tramway in a Latin American country (amount in dispute approximately US$70 million).

In addition, he also acts in proceedings before the courts of the civil order in all its instances, including the filing of appeals in cassation and extraordinary procedural infraction before the Supreme Court.

He regularly advises on matters of international jurisdiction and applicable law and has experience in the enforcement of foreign judgments in Spain.

He has recently been appointed as a member of the board of the under forty section of the Spanish Club of Arbitration (CEA-40).

He is a regular speaker at seminars and conferences.