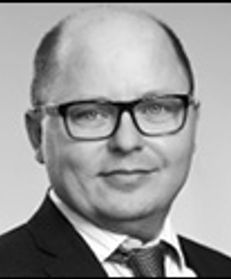 Oleh concentrates on contentious matters entailing complex and novel PIL issues and high-stakes public policy considerations. His treaty cases regularly make headlines in national and international media. Oleh acts for global clients, such as Gilead, Philip Morris International, MHP SE, US Ex-Im Bank, LafargeHolcim, and Microsoft. Oleh regularly publishes on the issues of PIL. His recent articles deal with execution immunity and collection against sovereign assets; the jurisdiction of Ukrainian court in actions against Russia for expropriation of investments in the occupied territories of Ukraine; protection of investments in the international armed conflict in Donbas; and negotiations and pre-arbitration settlement in investor–state disputes. Oleh is a regular speaker on PIL and treaty disputes.

Best Lawyers (2017–2021 editions) ranked Oleh as one of the top practitioners in arbitration, mediation and litigation in Ukraine. According to Yurydychna Hazeta, his peers regard Oleh as one of the leading practitioners in public international law in Ukraine. According to The Legal 500 EMEA, Who’s Who Legal, Benchmark Litigation and other leading international directories, Oleh is described by clients and peers as ‘a first-class professional’ with ‘a superb reputation’, ‘a star individual’, ‘an exceptionally talented lawyer’, ‘a top-notch lawyer’, possessing ‘impressive and profound expertise in public international law’, doing ‘superior work’, ‘open-minded and creative’, and having ‘a talent to explain and argue the complex issues of public international law in a simple, clear and convincing manner’.