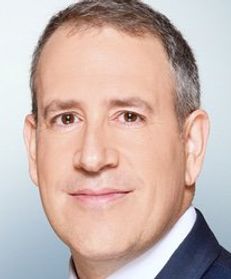 A US-qualified lawyer, Noah Rubins QC is the head of the international arbitration group in the Paris office of Freshfields Bruckhaus Deringer LLP. Noah is the head of Freshfields' worldwide Russia/CIS Dispute Resolution subgroup. He has advised and represented clients in over 120 arbitrations around the world, conducted under the International Centre for Settlement of Investment Disputes (ICSID), ICSID Additional Facility, LCIA, International Chamber of Commerce (ICC), American Arbitration Association, Stockholm Arbitration Institute, and the United Nations Commission on International Trade Law (UNCITRAL) rules.

He specialises in disputes in the former Soviet Union and investment treaty arbitration. In addition to advising clients, Noah has served as arbitrator in nearly 50 disputes, conducted under the ICC, ICSID, LCIA, VIAC, ICAC, SCC and UNCITRAL rules.

Noah is widely published in the field of arbitration, and is a frequent conference speaker. He has lectured at the University of Dundee, Scotland, and has also served as an adjunct professor of law at Georgetown Law Center in Washington, DC. His most recent publications include Investment Treaty Arbitration (Oxford 2d ed 2020), with Borzu Sabahi and Don Wallace and International Investment, Political Risk and Dispute Resolution: A Practitioner’s Guide (Oxford 2d ed 2020), with Stephan Kinsella and Thomas Nektarios Papanastasiou.

Noah received a master's degree in dispute resolution and public international law from the Fletcher School of Law and Diplomacy, a JD from Harvard Law School, and a bachelor’s degree in international relations from Brown University. He speaks fluent English, French and Russian, and also speaks Spanish, Hebrew and some Turkish.

He is qualified in the US (NY, Texas and DC), in England & Wales (as a barrister) and in France (avocat à la cour).