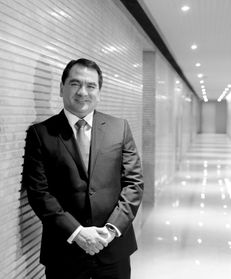 Nilo T Divina is a seasoned corporate and banking lawyer with more than 30 years of experience. He established DivinaLaw in 2006 and has led the aggressive growth of the firm in a short span of time. Before he entered private law practice, Nilo was the former Executive Vice-President, General Counsel and Corporate Secretary of one of the former leading banks in the Philippines. He also served as the general manager, executive adviser to the board, and corporate secretary of the Philippine Charity Sweepstakes Office. Nilo is equally active with his roles in academia, serving as the Dean of the Faculty of Civil Law of the University of Santo Tomas and teaching at the University of the Philippines College of Law. He is likewise recognised in the Philippines as one of the experts in commercial law and is a sought-after reviewer and legal consultant. Nilo has authored two books in commercial law, both considered as primary resource material for law students and lawyers alike.  In 2017, he was named as one of the Top 500 leading lawyers in the world by the InterContinental Finance & Law Magazine – the only Filipino lawyer to make it to the list. He was also named Managing Partner of the Year for two consecutive years by the ACQ Global Awards. More recently, he was named among the top 100 lawyers in the Philippines by Asia Business Law Journal for 2018 and 2019. Nilo has a postgraduate diploma in international tax law at the Robert Kennedy College in Switzerland. He earned his Bachelor of Arts and Bachelor of Law degrees from the University of Santo Tomas.