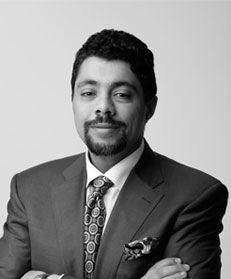 Mohamed S Abdel Wahab is a founding partner and head of international arbitration and construction at Zulficar & Partners Law Firm. He is chair of Private International law and professor of International Arbitration at Cairo University; Vice President of the ICC International Court of Arbitration; member of the ICCA Governing Board; Vice-Chair, IBA Arab Regional Forum; member of the CRCICA Advisory Committee; member of the Advisory Board, MIAC; member of the board of trustees of the CIArb; vice chair, Academic Forum of Investor-State Dispute Settlement; Court member of the CIMAC; Dean and member of the Advisory Council of the Africa Arbitration Academy, member of Arbitrator Intelligence’s Board of Advisers; member of AAA-ICDR International Advisory Committee; member of the SIAC African Users’ Council’s Committee; President of the Advisory Board of the American Bar Association – Rule of Law Initiative in Egypt; member of the Advisory Council of Africa Arbitration Blog; accredited mediator of the Centre for Effective Dispute Resolution (CEDR); member of the International Council n Online Dispute Resolution (ICODR) Governing Board; international expert member of the Permanent Forum of China Construction Law – China. He has served as arbitrator, presiding arbitrator, counsel and expert in more than 190 cases, including complex, high-value ad hoc arbitral and institutional proceedings involving parties (including states and state-owned entities) from Africa, Asia, Canada, Europe, the Middle East and the United States and administered under the auspices of the AAA, AAA-BCDR, CRCICA, DIAC, DIFC-LCIA, ICC, ICSID, LCIA, LMAA, SCC, SIAC, as well as ad hoc UNCITRAL proceedings He is recognised as a world-leading expert on international arbitration, Arab and African laws, and Islamic Shari’a. His expertise spans construction, oil and gas, telecommunications, finance and hospitality disputes involving cross border multi-jurisdictional and highly complex contracts and transactions. He featured in proceedings governed by Bahraini, Egyptian, English, French, Jordanian, Kuwaiti, Libyan, New York, Nigerian, Omani, Pakistani, Qatari, Saudi, Spanish, Swedish, Syrian, Italian and United Arab Emirates law(s), as well as international law and the general principles of law. Prof. Dr. Abdel Wahab featured in the first issue of Who’s Who Legal Thought Leaders: International Arbitration (2017) listing the world’s leading arbitration practitioners. He is also listed in all major legal directories as a star practitioner and features in ‘Who’s Who Legal: Arbitration’, ‘Who’s Who Legal: Construction’, the GAR Global Guide for Future Leaders in International Arbitration (2017-2018),Who’s Who Legal Thought Leaders: International Arbitration (2017-2019), and Who’s Who Legal Thought Leaders: Construction (2019-2020). He also features in AFRICA’s 100 list of leading African arbitration practitioners by I-ARB (Africa) and was selected by Africa Arbitration as the African Personality of June 2018 and by LACIAC (Lagos Chamber of Commerce International Arbitration Centre) as the Arbitration Personality in May 2019. Prof. Dr. Abdel Wahab received the 2018 ASA International Arbitration Advocacy Prize and was voted the Leading Egyptian Legal Practitioner of 2017 by LAW Magazine. In June 2019, Prof. Dr. Abdel Wahab received the AYA Hall of Fame Award in London for the African Arbitrator of 2019, and, in February 2020, he received the Lexology’s Client Choice International Award. Prof. Dr. Abdel Wahab was nominated three times in (2013), (2014) and(2018) for the Global Arbitration Review Award for the Best Arbitration Lecture/Speech. He read law in Egypt and the UK and speaks Arabic, English and French. Client Choice International (2020) says: “Mohamed is an exceptional lawyer; he has extraordinary focus and an impressive knowledge of the law”, “Mohamed outshines his competitors; he is world-class. He is really an outstanding and leading practitioner in the field: impressive, proactive, a very good speaker, and a very impartial and independent arbitrator”, “He is extremely efficient and reliable; he is one of the most brilliant legal brains of his generation”, and “He is very knowledgeable, extremely responsive, brilliantly outstanding and an excellent arbitrator and counsel”. Who’ Who Legal: Arbitration(2020) says: Mohamed Abdel Wahab “is at the top of the market” and “a very well-prepared, exceptional arbitrator”. The Legal 500 (2019) stated Mohamed Abdel Wahab as ‘an arbitration expert with a global reputation’, who is ‘one of the best in the world’. Who’s Who Legal: Arbitration (2019) says: Mohamed Abdel Wahab is “a leader in the space” who is “at the top of the market” and a very well-prepared, exceptional arbitrator”. Who’s Who Legal Construction (2019) says: Mohamed Abdel Wahab is highlighted as “a leading heavyweight construction law specialist whose analytical skills are second to none”. Chambers and Partners Global (2017) ranks Prof. Dr. Mohamed Abdel Wahab as the STAR individual in Egypt and states: “The ‘top-notch’ Mohamed Abdel Wahab retains his position as a distinguished leader in the market after receiving a wealth of praise from peers and clients alike. One market commentator added: ‘He is extraordinary – a bundle of energy, and academically extremely strong’. Chambers and Partners Global (2019) ranks Prof. Dr Mohamed Abdel Wahab as the STAR individual in Egypt and states that ‘Mohamed Abdel Wahab is consistently described by clients as a “superstar in arbitration”’. He is praised as “a good strategic thinker” and is acknowledged for his “deep understanding of the issues surrounding disputes in the construction and oil and gas sectors”.