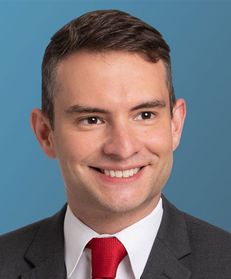 Michael Rodríguez Martínez is an associate in Allen & Overy LLP’s international arbitration group. Michael’s practice centres on advising sovereigns in investment arbitration disputes and corporate clients in commercial disputes. Michael’s experience includes investment arbitrations at ICSID and the PCA, and commercial arbitrations at the ICC. His cases have encompassed transportation, employment, energy, infrastructure, banking and trademark disputes, and have involved interpretation of international, foreign and domestic law. Michael is natively fluent in English and Spanish. Most of his practice has involved reading and drafting in Spanish, interpreting Latin American law and working with Latin American experts and witnesses in Spanish.

Michael also maintains a domestic litigation practice and clerked for the Honourable Adalberto Jordan at the United States Court of Appeals for the Eleventh Circuit. He is admitted to the practice of law in the District of Columbia and Florida.

In law school, he participated in the Moot Madrid Spanish-language international commercial arbitration moot. He recently coached the University of Miami in the Foreign Direct Investment Moot, which focuses on investment arbitration. His team reached the final hearing of the global rounds and won second place.