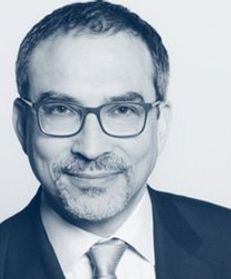 Michael is the Global Co-Chair of DLA Piper’s international arbitration group. A member of both the Paris and New York bars, he has over 20 years’ experience handling international commercial arbitrations, investment arbitrations and other public international law disputes. Michael has advised and represented clients in scores of arbitrations, litigations and mediations – including English and French-language cases administered by the ICC, ICSID, the LCIA, the PCA and Swiss Chambers, as well as ad hoc arbitrations pursuant to the UNCITRAL Arbitration Rules and the OHADA Uniform Arbitration Act. His cases include numerous investment treaty disputes both for and against sovereign states. He also has extensive experience in corruption investigations, advising both multinational corporations and state authorities. Michael teaches international arbitration in an advanced degree programme and in the IHEI summer programme at the University of Paris II and is one of the editors of Choice of Venue in International Arbitration (OUP, 2014). He speaks frequently on international disputes and is regularly named as a leading practitioner by the specialised press. Michael is ranked in Chambers and Partners Global 2018, which quotes clients as saying he is ‘building an excellent practice and does very good work in arbitration’ and acknowledged by market commentators Africa-wide to be a ‘first-class practitioner’ in this space. Michael is listed 4th in Jeune Afrique’s list of Top 50 Lawyers in Francophone Africa 2018.