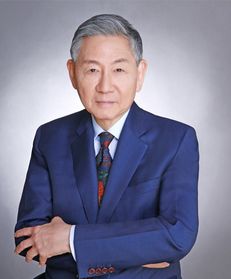 Dr Hwang was educated at Oxford University at both undergraduate and postgraduate levels where he was a college scholar and prizewinner. He was a partner at Allen & Gledhill, one of Singapore's law firms for over 30 years and was appointed as one of the first 12 Senior Counsel of the Supreme Court of Singapore in 1997. From 1991 to 1992, he served as a Judicial Commissioner (Contract Judge on a fixed term) of the Supreme Court of Singapore. In 2005, Dr Hwang was appointed the non-resident Deputy Chief Justice of the DIFC Courts, and from 2010, as non-resident Chief Justice until his retirement in November 2018. Dr Hwang was previously appointed as Vice Chairman of the International Court of Arbitration of the ICC, Vice President of ICCA, member of the PCA, Court Member of the LCIA, Trustee of the DIAC, Vice-Chair of the IBA Arbitration Committee, Council Member of ICAS and President of the Law Society of Singapore. His arbitrations have involved disputes in over 45 countries and hearings in 26 cities. He served as a UN Compensation Commissioner, adjudicating claims for damages against Iraq arising from the First Gulf War. He has also served as Singapore’s Non-Resident Ambassador to Switzerland and Argentina. He has lectured and written extensively on international arbitration and mediation with two volumes of his writing published in Selected Essays on International Arbitration in 2013 and Selected Essays on Dispute Resolution in 2018. He was Adjunct Professor in arbitration at the National University of Singapore and was conferred an Honorary LLD by the University of Sydney in 2014. He currently practices mainly as an international arbitrator with a select practice as Senior Counsel.