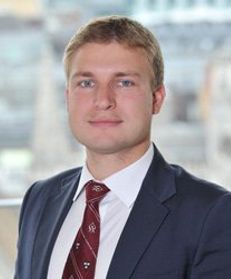 Mr Osadchiy is an associate in the London office and a member of the International Dispute Resolution Group. His practice focuses on commercial and investment treaty arbitrations, with a particular focus on mining, construction and energy disputes. He has represented clients in complex international proceedings under LCIA, ICC, SCC and VIAC rules, and has experience in investment treaty disputes under ICSID and UNCITRAL rules involving parties from CIS and Eastern Europe.Mr. Osadchiy graduated from the Russian Academy of Justice and obtained an LL.M. from Columbia Law School. He also holds a Master of Laws in Comparative Dispute and International Dispute Resolution from Queen Mary, University of London, where he graduated first in his specialisation. Whilst at Queen Mary, Mr. Osadchiy was a research assistant to a prominent international arbitration academic and arbitrator.