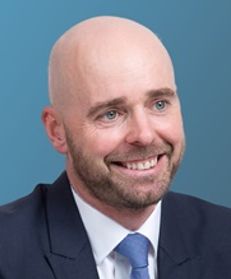 Martin Magál heads Allen & Overy’s dispute resolution practice in the CEE region. He represents clients before arbitral tribunals and courts, including the Supreme Court and the Constitutional Court of the Slovak Republic. Martin is a Fellow of the Chartered Institute of Arbitrators and a member of the International Advisory Board of the Vienna International Arbitration Centre (VIAC). Martin has acted as a party representative in numerous arbitrations conducted under the arbitration rules of the ICC, VIAC, SCAI, SCCI (Court of Arbitration of the Slovak Chamber of Commerce and Industry) and PAC SBA (Permanent Arbitration Court of the Slovak Banking Association). He has also acted as an arbitrator in arbitrations conducted under the rules of the ICC, VIAC, DIS and CAC (the Arbitration Court attached to the Czech Chamber of Commerce and the Agricultural Chamber of the Czech Republic). Martin frequently acts in commercial and arbitration-related litigation. Highlights of his practice include successfully defending a mobile network operator's licence before the Supreme Court of the Slovak Republic, representing a multinational energy company in having the price regulation decisions issued by the Ministry of Economy declared unlawful by the Supreme Court, and acting for a major international arbitration institution in defence of a claim for damages initiated by a Slovak company before Slovak courts. Martin was the principal drafter of the UNCITRAL model law-based amendment to the Slovak Arbitration Act, which came into effect in 2015. Chambers Europe describes Martin as "a good negotiator who is reasonable, knowledgeable, smooth and very well-known and respected in the market".