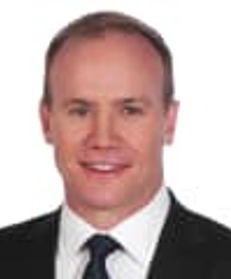 Mark Mangan is a Singapore-based partner in the specialist international law firm, Dechert LLP. Mr Mangan represents clients in complex, and often politically sensitive, cross-border disputes in various sectors, including oil and gas, mining, finance, telecommunications, food and beverage, construction, agriculture, and sports. He has acted as counsel in over 35 commercial, investment treaty and sports arbitrations, and been appointed as arbitrator under the rules of various arbitral institutions (namely, SIAC, ICC, LCIA and SCC) and as an ad hoc arbitrator under the Singapore International Arbitration Act and the Singapore Arbitration Act. In addition to being a co-editor of GAR’s Investment Treaty Know-how series, Mark's academic contributions include a leading text on Singapore arbitration, ‘A Guide to the SIAC Arbitration Rules’, published by Oxford University Press in 2014 (with L Reed and J Choong).  He has also authored numerous published articles and book chapters on international arbitration.  Mr Mangan has degrees from the University of New South Wales; the University of Technology, Sydney (from which he graduated with the University Medal (summa cum laude)); and the University of Cambridge (receiving the Cambridge Commonwealth Trust and Pegasus scholarships).  Mr Mangan is admitted to practice law in Australia, England and Wales, and is recommended in the Legal 500 Asia Pacific 2015 for his work in international arbitration in Singapore.  He is a member of the ICC Commission on Arbitration and the LCIA India Users Council, a Fellow of the Australian Centre for International Commercial Arbitration (ACICA), and an Advisory Board Member of the Institute for Transnational Arbitration. Contact: Tel: +65 6808 6347 Email:  [email protected]