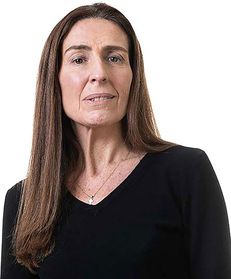 María Inés is co-head of the International Arbitration, Administrative Law and Economic Regulation areas at Bomchil, Argentina. She has more than 20-year experience in the arbitral practice, representing multinational companies as lead counsel or co-counsel both in investments and commercial international matters under the main rules of International Arbitration (such as ICSID, ICC, ICDR, UNCITRAL and other rules). She also acts as international arbitrator. María Inés is the President of the Arbitration Commission of ICC Argentina, member of the Board and Secretary of the Latin American Arbitration Association (ALArb), co-founder and one of the leaders of Women Way in Arbitration LatAm (WWA), Diversity & Inclusion Officer of the Public Law Committee of the IBA, and member of the ICCA Cross Institutional Task Force on Gender Diversity in Arbitral Appointments and Proceedings (on behalf of WWA), among other roles and memberships. María Inés was distinguished in 2013 as one of the most inspiring women in law in Latin America by Latin Laywer and is currently featured as leading individual in Dispute Resolution, International Arbitration, Public Law and Electricity by the most distinguished publications, such as Chambers, Legal 500, and as Thought Leader in arbitration by Who’s Who Legal -GAR.