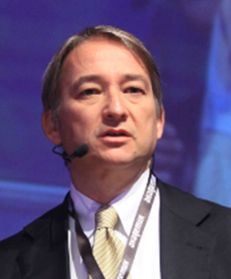 Marco Lorefice is a senior lawyer at Edison SpA, where he leads the oil and gas and international arbitration practice. Before joining Edison, Marco worked in the energy business of GE as lead lawyer for a turnkey plant in Italy. He started his career as an in-house lawyer at Alitalia SpA.

Marco has 15 years’ experience in international arbitration with a focus on gas price reviews and proceedings. He has led the Edison team in over a dozen cases. He is widely recognised within the legal international community as a solid litigator in the gas industry. He contributed to developments of the gas price reviews methodology by anticipating several key issues, and introducing new approaches and views to resolve the most critical problems inherent to it.

He also contributed to the first four editions of the GAR Guide to Energy Arbitrations as well as to other publications.

He has received several prizes as acknowledgment of his contribution to international arbitration, including his nomination to the GC Powerlist Italy 2022 edited by The Legal 500.