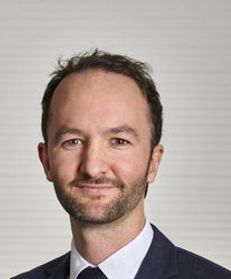 Marc Robert is a dispute resolution lawyer based in Paris. He specialises in international arbitration as well as commercial litigation (domestic and cross-border).

Marc has a breadth of experience in cross-border disputes, particularly in the energy, mining and construction sectors.

Marc has been involved and led teams in both pursuing and defending claims under the arbitration rules of the major arbitrational institutions including those of ICC and ICSID and ad hoc arbitrations under the UNCITRAL rules. He also has experience of the French courts in both stand-alone and ancillary litigation, enforcement proceedings, and interim and injunctive relief, and is a court-appointed forensic expert.

Marc also specialises in OHADA law and disputes in the OHADA region.

Marc holds an LLM from McGill University, Canada, and a master’s in international law from the University of Panthéon-Sorbonne, France. He has been a member of the Paris Bar since 2010. He is fluent in French and English.