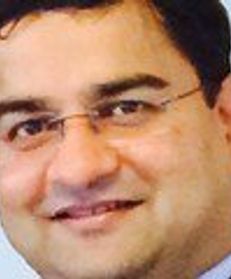 Madhur Baya is the founder and principal of LexArbitri. Dual-qualified in India (Advocate) and England & Wales (solicitor), he also holds a professional degree in accountancy (cost and management accountant) and an LLM in International Legal Practice from the University of Law, London.

Baya founded LexArbitri, a boutique commercial arbitration and commercial litigation practice, in September 2013. In February 2015, LexArbitri was among the youngest entrants into the GAR 100 list, which it has maintained since. Baya has been named as a Future Leader in Arbitration by Who’s Who Legal every year since 2017. LexArbitri was also named as a Rising Star by the Hong Kong based India Business Law Journal in 2018.

Baya’s LexArbitri handles as counsel or co-counsel, a portfolio of large, complex and high-value ad hoc and institutional arbitrations within and outside India with an aggregate sum in dispute of over US$19 billion, and is regularly sought out by upstream oil and gas contractors, EPC companies and insurance buyers, for disputes arising under contracts globally. He also appears before the Supreme Court of India and various High Courts in India, in commercial disputes.

Baya is regularly invited by arbitral institutions such as the SIAC, ICC, LCIA and MCIA to speak on various topics in arbitration.