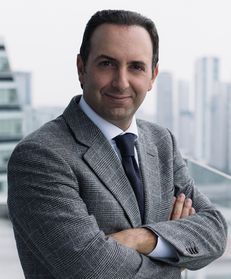 Luis Asali founded Bufete Asali, in 2012. Mr Asali has more than 20 years of experience in commercial dispute resolution and, over the past 10 years, he has handled over 500 hundred commercial, bankruptcy and administrative disputes representing Mexican and international clients from the construction, financial, telecom, energy, maritime, life sciences, insurance and real estate industries. He frequently argues cases and participates in hearings before all levels of Mexican courts, including the Supreme Court. Mr Asali has also participated in arbitrations conducted under the rules of the International Chambers of Commerce (ICC), the London Court of International Arbitration (LCIA), the Mexican Centre of Arbitration (CAM) and the Hong Kong International Arbitration Court (HKIAC). Mr Asali has also acted as an expert witness in Mexican law before foreign courts, including the United States Bankruptcy Court for the Southern District of New York. In 2020, Mr Asali became a founding member of the Consejo Nacional de Litigio Estratégico, an NGO that aims to promote the rule of law in Mexico through strategic litigation.