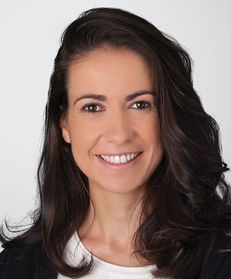 Ms Menéndez de la Cuesta is a partner based in Holland & Knight’s Miami office. Clients rely on her experience to represent them in international arbitration proceedings in English and Spanish, as well as in litigation matters before US federal and state courts in New York and Florida. A Spanish and US attorney, she is familiar with the key differences between the common law and the civil law systems.

Ms Menéndez de la Cuesta has handled international arbitration applying the laws of New York, Florida, Illinois, Spain, France, the United Kingdom, Namibia, Saudi Arabia, Venezuela, Colombia and Guatemala, among other jurisdictions, and administered by the main arbitral institutions, such as the ICC, ICDR and ICSID. She has acted as administrative secretary of arbitral tribunals and is a representative for North America of the ICC’s Young Arbitrators Forum (YAF) for its 2019–2021 mandate.

She earned both her JD and LLM degrees from Columbia University Law School after receiving her BS in Finance and her LLB from the Universidad Pontificia Comillas de Madrid. She is admitted to practice law in Florida, New York and Spain.