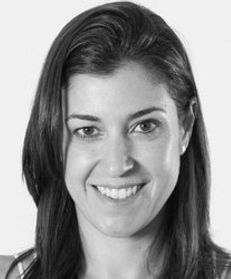 Karina Goldberg is a partner at FCDG – Ferro, Castro Neves, Daltro & Gomide Advogados, a law firm established in 2005 by a group of renowned and highly experienced professionals who shared the aspiration to offer their clients superior law services in dispute resolution. With offices in Rio de Janeiro and São Paulo, FCDG endeavours to provide an exclusive service, particularly in private and commercial law, in both court litigation and arbitration.Karina Goldberg has distinguished herself in Brazilian contractual and commercial litigation, alongside an extensive practice in domestic and international arbitration, including contractual and commercial disputes, shareholders and M&A disputes, infrastructure and construction disputes, security and investment cases.Karina was educated at the Pontifical Catholic University of São Paulo (2001), where she obtained her bachelor’s degree in law, and at Utrecht University, Netherlands (2003), where she obtained her master’s degree (LLM) in European private law. Karina has been practising dispute resolution since 2001 and worked at the New York office of Debevoise and Plimpton in 2015–2016, as part of the international dispute resolution group.Karina is currently a member of the ICC Commission on International Arbitration and ADR (alternative dispute resolution), a member of the UNIDROIT Working Group of the International Bar Association and a licensed member of Ordem dos Advogados do Brasil, São Paulo section. She is fluent in Portuguese and English.