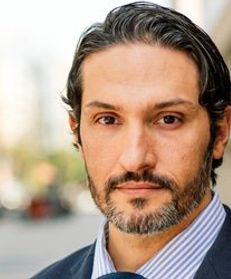 Kamel Aitelaj is a senior associate in the Washington, DC, office of  Milbank LLP. Kamel’s practice focuses on complex international dispute resolution and matters of  public international law. He has represented sovereign states and major international companies (telecommunications, financial, chemical and biosciences, energy and mining) in a wide range of  proceedings, including investment treaty-based arbitration and commercial arbitration conducted under UNCITRAL, ICSID, ICC, ICDR, LCIA and SCC rules as well as ad hoc arbitral proceedings. Kamel also has substantial experience in matters involving sovereign immunity and award enforcement.Kamel is licensed to practise at the New York and District of  Columbia bars, the Barreau de Paris and was called to the Bar of  England and Wales. He is a member of  the Chartered Institute of  Arbitrators, the International Law Association, the Energy Charter Secretariat Legal Advisory Task Force and the CPR Brazil Advisory Board, and is a Fellow of  the Royal Geographical Society. A native French speaker, Kamel is also proficient in Portuguese.