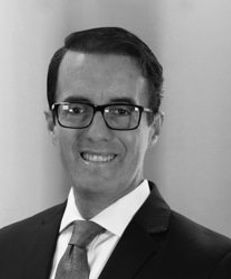 Juan Manuel Marchán has been a partner at the firm since 2013, the youngest attorney to be promoted to such a position, and head of the domestic and international arbitration unit. Before joining PBP, he worked as an intern at the ICC International Court of Arbitration in Paris, France. He also served as private secretary to the Minister of Mining and Oil and as head of the Minister’s Office.

Juan Manuel is an expert in international and local arbitration. He was part of the team when the big wave of investment treaty arbitrations against Ecuador started and advised several clients in the infrastructure, oil and gas, and electricity industries. Juan Manuel has also participated in several commercial arbitration proceedings under ICC and UNCITRAL rules. Since then, Juan Manuel has been the person behind the strategy in the international arbitration team at PBP. His practice has been recognised by Chambers and Partners (Global and Latam), Latin Lawyer, The Legal 500, LACCA and Who’s Who Legal Thought Leaders 2022.

Juan Manuel obtained his law degree from Pontificia Universidad Católica del Ecuador where he was the president of the Law School Association. He also holds an LLM from Columbia Law School.