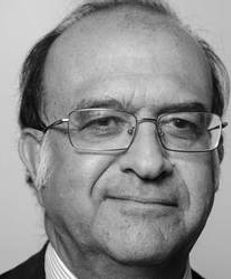 José A Martínez de Hoz is one of the founding partners of MHR | Martínez de Hoz & Rueda, one of the leading law firms in Argentina. He is listed as a leading practitioner in energy and arbitration by international and domestic publications. Mr Martínez de Hoz has a strong practice in energy and in both investment and commercial arbitration, leading the firm’s arbitration group in numerous international arbitration hearings, both in English and Spanish, representing clients from a variety of sectors and working with different regulatory frameworks. He has represented investors in several ICSID cases against Argentina arising from the measures taken since 2002 that abrogated various investment regulatory frameworks. He is also very active in International Chamber of Commerce (ICC) and other types of commercial arbitration, including complex multi-party, multi-contract cases arising out of cross-border transactions. Mr Martínez de Hoz is a member of the International Court of Arbitration of the ICC representing Argentina, and is listed as an arbitrator in several institutions, including the Energy Arbitrator’s List of the International Centre for Dispute Resolution. He is often appointed as arbitrator in investment and commercial cases.