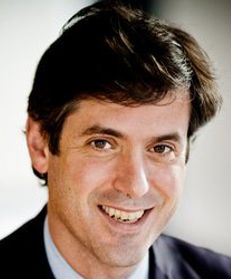 Jonathan M Moses is co-chair of the firm’s litigation department, which he joined in 1998. He has represented clients in diverse industries, including banks and financial institutions, media companies and industrial firms. His practice includes complex commercial, securities and antitrust litigation, international and domestic arbitration, and government investigative proceedings.

Prior to joining the firm, Jon served as an attorney for the New York Daily News, where he worked on First Amendment issues. Jon is also a former journalist, having served, among other positions, as a staff reporter for The Wall Street Journal. Jon received an AB from Harvard University and a JD from Columbia Law School. Following graduation from Harvard, Jon was the recipient of a Fulbright Fellowship in Hong Kong. Jon also served as a law clerk to the Honourable Stephen F Williams of the United States Court of Appeals for the District of Columbia Circuit following graduation from law school.

Jon is President Emeritus of the Federal Bar Council in the Second Circuit, chairman of the board of The Leadership Academy (an educational organisation that focuses on building the capacity of educational leaders to create the conditions necessary for all students to thrive) and a member of the boards of The Marshall Project (a non-profit news organisation focused on criminal justice), the New-York Historical Society and Prep for Prep. Jon is also a member of the American Law Institute. Jon grew up in New Jersey.