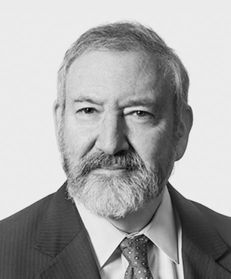 He has participated in numerous international arbitrations involving both public international law and complex commercial disputes, litigation involving the immunity of foreign states and their agencies under the US Foreign Sovereign Immunities Act, and securities and commercial litigation in a variety of US federal and state courts. Jonathan has been heavily involved in representing a number of sovereigns in litigation in the United States and elsewhere, as well as representing corporate and other clients in actions in US courts. Jonathan joined the firm in 1977 and became a partner in 1985. From 1977 to 2009, he was resident in the New York office. Since then he has been resident in New York and London. He is a member of the Association of the Bar of the City of New York and served as chair of its international law committee from 2001–2004. He is also an executive committee member of the international law and practice section of the New York State Bar Association and a member of the American Law Institute. Jonathan is a magna cum laude graduate of both Harvard Law School (1977) and Harvard College (1974).