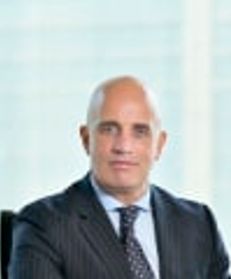 John Gaffney is a senior counsel with the Abu Dhabi office of Al Tamimi & Company, where he leads the office’s arbitration practice. John previously worked with the international arbitration practices of King & Spalding and Freshfields in Paris, and Skadden, Arps in London. He has served with the United Nations Compensation Commission in Geneva. He is listed in the Who’s Who of International Commercial Arbitration, the Who’s Who of Construction, and the Euromoney Guide to Leading Commercial Arbitration Experts. John holds degrees from the National University of Ireland, and an LLM in EU & International Trade Law from the University of Amsterdam. He has also studied at the University of Modena, Italy. He is admitted to practice in England & Wales and the Republic of Ireland. John has also practiced in the areas of EU, regulatory, competition and commercial law, as well as dispute resolution in his native Ireland. He serves as a Member of the Editorial Board of the ICSID Review, a member of the ICC Commission for Arbitration and ADR, an Ambassador for the ICC Belt and Road Commission, a country reporter for the UAE for the Institute of Transnational Arbitration, and a member of the Sounding Board of the Business and Human Rights Arbitration Project editorial board. He is also a sustaining member of the European Law Institute. John teaches a course on international commercial arbitration as part of a master's Program at the Sorbonne University in Abu Dhabi. John has served as a rapporteur for “Legal Instruments and Practice of Arbitration in the EU”, a study prepared for the JURI Committee of the European Parliament, and as the Case Notes editor of the European International Arbitration Review. He has published extensively and spoken widely on international dispute resolution. In 2018, he was nominated for the Global Arbitration Review Award for Innovation for his article, “Has the Time Come for Full and Frank Disclosure?”