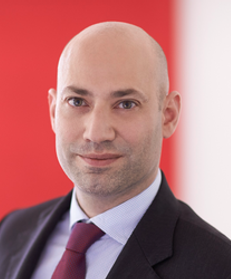 Jean Marguerat is a partner at Froriep in Geneva and specialises in international arbitration and international commercial litigation. He has been involved in more than 70 international arbitration proceedings (ICC, Swiss Rules, CAS, VIAC, LCIA, UNCITRAL, DIA and ad hoc) acting in the capacity of both counsel and arbitrator, as well as legal expert. These proceedings involved sale of goods (including commodity trading), distribution, construction (including marine works), joint ventures, M&A and sport-related disputes. Furthermore, he regularly acts as counsel in Swiss court proceedings, in particular with an international dimension (attachment proceedings, recognition and enforcement of foreign court decisions and arbitral awards, challenge of arbitral awards, etc.).    Mr Marguerat is a member of several professional associations including the Swiss Arbitration Association (ASA, Co-Chair of the Geneva Group), the London Court of International Arbitration (LCIA), the Spanish Arbitration Club (CEA - Vice-President of the CEA Swiss chapter) and The German Institution of Arbitration (DIS). He is listed in the panel of arbitrators of a number of arbitral institutions (ICC, LCIA, WIPO and the Court of Arbitration of Madrid (CAM)). He is ranked by Who's Who Legal International, as well as Chambers Europe and Expert Guides, among others. He has published several articles and is a frequent speaker on international arbitration. Mr Marguerat studied at the universities of Basel and Neuchâtel (lic iur, 1996) and was admitted to the Bar in Berne in 1999. He went on to graduate from Cambridge University with an LLM (British Chevening Scholar) in 2000. He worked in business law firms in Barcelona (2000–2002) and London (2007–2008). Mr Marguerat joined Froriep in 2003, and was made a partner in 2010. He works in French, English, Spanish and German.