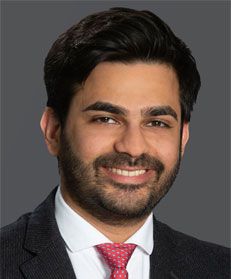 Jawad Ahmad is an associate (foreign lawyer) with the firm’s international arbitration practice. Jawad has been involved in international commercial arbitrations including, among others, joint venture and hotel management disputes and investor-state arbitrations. Jawad graduated with an LLB from the University of Kent (first-class honours) and obtained his LLM from UC Berkeley School of Law. Previously, Jawad worked as a trainee lawyer at Michael Hwang Chambers where he assisted tribunals on eight complex commercial and investment arbitrations (ICC, SIAC, Swiss Chambers’ Arbitration institution, ad hoc, ICSID). Jawad has interned at the International Bureau of the Permanent Court of Arbitration where he assisted legal counsel on state-to-state and investor-state arbitrations. Jawad is an assistant editor (South East Asia) for the Kluwer Arbitration Blog and a participant in the 2015-2016 Young ICCA Mentoring Programme. His native language is Urdu and he is fluent in English and Danish. He is proficient in Swedish and Norwegian has basic French.