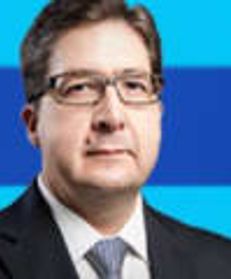 Javier Robalino Orellana is a partner at Ferrere in Ecuador. He co-chairs the arbitration practice and acts as managing partner for Ecuador. Mr Robalino represents multinationals in investment planning, investment disputes and cross-border matters. He advises multinationals on oil, energy and infrastructure projects. He has been appointed as international arbitrator and has represented several investors in investment and commercial disputes under ICSID, UNICTRAL, CIAC and ICC procedures. Chambers recognises him in four practice areas in 2016. He is described as "responsive, smart and helpful." and a “strategic thinker". Robalino "looks at the big picture with a strategic perspective,” according to the publication. In 2011 Mr Robalino was recognised by "45 under 45" as one of the leading practitioners in international arbitration. He has been recognised as a leading practitioner by Chambers, IFRL, Latin Lawyer, The Legal 500 and LACCA for many years.  Mr Robalino has served as director and consultant of the Quito Chamber of Industry, consultant and member of the regulatory streamlining committee of the Office of the President of Ecuador, and assistant to the president of the Supreme Court of Ecuador. Mr Robalino graduated as attorney from Universidad Católica de Quito and received an LLM from Duke University School of Law.