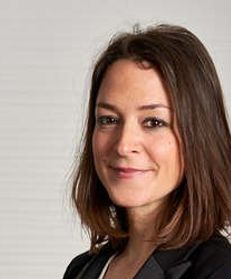 Janice Feigher is a dually qualified solicitor and avocat. She has extensive experience of arbitration proceedings conducted under all major arbitral rules governed by various procedural and substantive laws. She regularly appears before tribunals in both ad hoc and institutional arbitrations.She also handles international arbitration-related court proceedings (injunctive relief, annulment, enforcement).Her practice focuses on the mining, energy, aerospace, telecommunications and hospitality sectors.She has particular experience in disputes in the OHADA region, North Africa and Europe. In 2017, she was seconded to the in-house legal department of a major player in the energy sector.She is a co-chair of the CFA40, the French Arbitration Committee’s under 40 group. Janice has been designated as a Rising Star in Commercial Arbitration for France by Euromoney (Legal Media Group) in 2016, 2017 and 2018.She features in the 2018 and 2019 edition of Who’s Who Legal – Arbitration, Future Leaders. Before joining Norton Rose Fulbright, Janice worked in the dispute resolution departments of international law firms in London, Rome and Paris.She is a graduate of the universities Paris I – Pantheon-Sorbonne andKing’s College London, where she obtained a double degree in English law and French law.Janice regularly publishes articles and speaks in conferences on international arbitration. She has published several articles on OHADA arbitration. She speaks French, English and Italian.