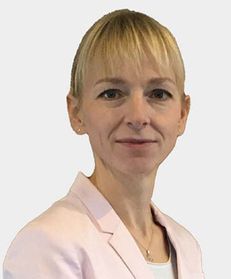 Jana Lefranc is a CFA Institute charter holder with more than 18 years of professional experience. She has led teams supporting the named expert on more than 30 occasions, including matters in which the amount in dispute exceeded US$10 billion, and has provided oral testimony in the Czech national courts.

She has advised large corporations as well as states on disputes brought before the ICSID, ICC and LCIA, under UNCITRAL, ICC and VIAC rules, relating to commercial matters and on numerous bilateral investment treaty disputes.

Jana specialises in the assessment of damages and complex valuation issues in litigation and international arbitration contexts. She is experienced in matters involving investment treaty claims, breaches of contract and transaction-related disputes.

In recent years, Jana has led teams on several electricity disputes concerning changes to the regulatory regime introduced by governments across Central Eastern Europe. These cases concerned both traditional electricity production, distribution and sale as well as renewable energy. She has also managed cross-border teams on several gas disputes concerning both building and operating a distribution network, in countries such as Kyrgyzstan and Egypt. She has also worked on a large oil field case in Venezuela and several mining cases in Africa.