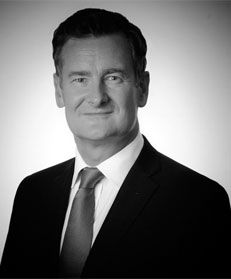 James Nicholson has more than 25 years’ experience as a consultant on matters of finance, strategy and economics. Since 2005, his work has primarily involved issues of the identification and valuation of lost profits, and the valuation of businesses, financial assets including shareholdings, and other assets, and of wasted costs.

He has testified more than 45 times before commercial and investment treaty arbitration tribunals and national courts. James is a member of the Executive Committee of the Foundation for International Arbitration Advocacy, from 2014 to 2021 was president of the Standing Committee of the International Chamber of Commerce’s (ICC) International Centre for ADR, and has been cited on a point of valuation by the Swiss Federal Supreme Court.

James is a CFA charter holder, and holds a master’s degree in public policy from the Harvard Kennedy School, where he was a Fulbright Scholar. James was awarded first-class honours in his BA from Oxford University in philosophy, politics and economics.

Since 2015, James has been identified by Who’s Who Legal as one of the ‘Most Highly Regarded Individuals’ and ‘Global Elite Thought Leaders’ in Europe and latterly Asia in its annual listings of the leading expert witnesses. In Arbitration 2022 – Expert Witnesses, Who’s Who Legal quotes clients as saying: ‘James has impressive writing skills – his reports are easy to follow, on point and very-well written’; ‘He displays great attention to detail and the ability to digest vast dockets and organise them in a tribunal-friendly manner’; and ‘His performance on the stand is exceptional’.