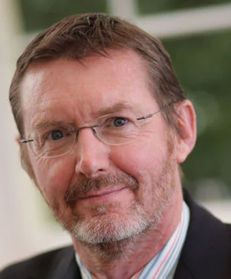 James Dow is a professor of finance at London Business School. He has previously taught at the European University Institute and the University of Pennsylvania. His main research interests are in the economics of financial markets, specifically the role of leverage and intermediation in bubbles, and the role of arbitrage capital in financial fire sales. He has published in leading research journals and has extensive consulting experience in valuation, cost of capital, corporate governance and corporate finance. He is an academic adviser at The Brattle Group.

James Dow has acted as quantum expert on a number of cases, including arbitrations brought by former Yukos shareholders alleging violation of the Energy Charter Treaty. The award (online) gave large damages while agreeing with substantial portions of his analysis (the award was subsequently set aside on grounds of jurisdiction). Related cases include a claimed breach of the Spain–Russia bilateral investment treatment (BIT) and a claim by RosInvestCo under the UK–Soviet Union BIT (award online). He has also worked on cases concerning minority stakes valuation in energy and hotel businesses, taxes imposed by Ecuador (ICSID ARB/08/6), a privatised oil company (Rompetrol, ICSID ARB/06/3), an intellectual property dispute, a joint venture involving a major advertising company and capital cost measurement in long-term gas supply.