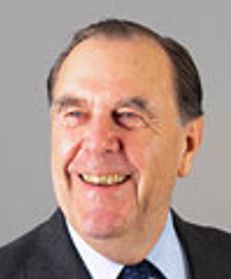 J William Rowley QC has chaired or participated as a tribunal member or counsel in over 200 international arbitrations, involving over 50 national or state laws or treaty systems. He is described as ‘one of the elite international arbitrators’ (The New Peace Keepers); a ‘Star Performer’ (Legal Business Arbitration Report); one of London’s ‘Super-Arbitrators’ (Global Arbitration Review); ‘Exceptional’, ‘Olympian’, ‘no one ever leaves the chamber with a sense of injustice’, a ‘big character on the scene’ (Chambers UK); and an ‘extremely strong’ arbitrator and a ‘sensible chairman’ (Chambers Global 2013’s Most In Demand Arbitrators). He served as board chairman of the LCIA from 2013 to 2017 and is a former member of the LCIA Court. He is a member of the ICSID Panel of Arbitrators, the ICC Canadian Panel and multiple regional panels (eg, AAA/ICDR, SCC, DIAC, KLRC, SIAC, HKIAC). He is a past member of the NAFTA 2022 Committee. He was general editor of Arbitration World from 2004 to 2012. He is the chair of the editorial board of Global Arbitration Review; past chair of the IBA Business Section and IBA Antitrust Committee; and co-author of Rowley & Baker: International Mergers – the Antitrust Process. He served as chairman at McMillan LLP from 1996 to 2009, and as chairman emeritus and special counsel from 2009 to 2014.