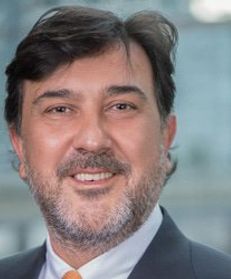 Dr. Ismail G. Esin graduated from the Istanbul University Law School in 1990 and started his career after his masters degree (L.L.M) in Tübingen as a research assistant at Marmara University's Civil Law Department in 1992.  Ismail received his Ph.D. from the University of Tübingen in 1997. Upon his return to Istanbul in 1997, he established Esin Attorney Partnership, where he is currently the firm's Managing Partner. In 2011, Esin Attorney Partnership joined one the world’s leading law firms, Baker McKenzie, as a member firm.

İsmail has over 20 years of experience advising clients in dispute resolution, litigation, mergers and acquisitions, privatization and real estate matters.  He regularly advises banks, multinational companies, governments and private equity funds on investments and major projects in Turkey, Europe the Middle East, the CIS. Ismail also heads the firm’s Arbitration practice and acts as arbitrator and counsel, with a particular focus on arbitration arising from M&A transactions.