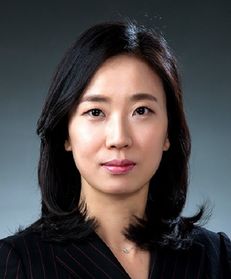 Hyunsoo Joo is a partner of the International dispute
resolution group at Lee & Ko, who has more than 10 years’
experience working in the field of international trade and
investment laws. Throughout her career, Ms Joo has been
actively involved in numerous FTA negotiations and WTO
disputes relating to steel, chemical and electronics industries.
In particular, she was involved in KORUS FTA, Korea-EU
FTA, Korea–ASEAN FTA, Korea–India CEPA, Korea–Canada
FTA, KOREA–Mexico FTA, Korea–Chile FTA and Korea– China
FTA as the representative of the Korean government. She
has also handled a significant number of WTO litigations
such as Korea – Anti-Dumping Duties on Imports of Certain
Paper from Indonesia, US – Anti-dumping and Countervailing
Measures on Large Residential Washers from Korea and
US Anti-Dumping Measures on Certain Oil Country Tubular
Goods from Korea.
She has authored various articles, including ‘A Case
Study of ICSID Decision on Jurisdiction of Philip Morris v.
Uruguay regarding Tobacco Packaging and Labeling regulation’
(International Trade Law) and lectured on ‘Investment
Protection and Investor-to-State Dispute Settlement in Korea
FTAs ‘ in International Trade Law training session hosted by
Korean Bar Association (2014). Ms Joo also provides legal
advice to many Korean and multinational corporations
in Investor-State Dispute Settlement (ISDS) under various
Bilateral Investment Treaties (BITs) and FTAs including those
falling under the arbitration rules of the ISCID and UNCITRAL
in a wide range of industries. Most recently, she successfully
served as counsel in the second ICSID claim by a foreign
investor against Korea and has lectured as an adjunct professor
at Hanyang University School of Law.