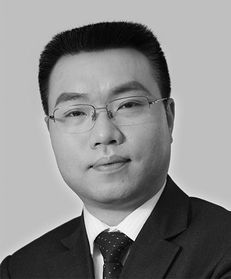 Huang Tao is the head of the dispute resolution practice group of King &Wood Mallesons. He has more than 20 years’ experience in international civil and commercial litigation and arbitration.

From 2002 to 2008, Mr Huang was appointed as a head of the legal working group for the Beijing Organizing Committee of the 29th Olympic Games (BOCOG), leading the working group in providing comprehensive legal services to the BOCOG. In 2015, the 2022 Beijing Winter Olympic Bid Committee invited Huang Tao to be the presenter for its legal theme.

Mr Huang has been named as a leading individual in the field of dispute resolution in China by The Legal 500 and has been recognised as a market-leading lawyer by Asialaw Profiles. In 2017, he was listed as one of China’s Top 15 Litigation Lawyers by Asian Legal Business. In 2018, he was selected as China’s Dispute Resolution Lawyer of the Year by Asialaw and Benchmark Litigation and Dispute Resolution Lawyer of the Year by China Law & Practice. In 2018, he was appointed as a panel expert to the Committee for Trial Supervision over Civil and Administrative Proceedings by the Supreme People’s Procuratorate. Mr Huang was ranked as an eminent practitioner in dispute resolution by Chambers Asia-Pacific 2020.