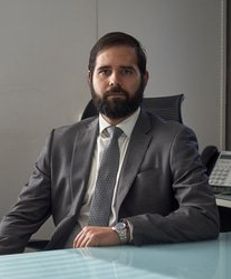 Gustavo is originally from Baja California, Mexico, same place where he began his legal studies in the city of Tijuana at the Faculty of law of the Universidad Autonoma de Baja California (Autonomous University of Baja California) as well as starting his practice in the area of Commercial and Civil Litigation. After that, Gustavo academic education continued in the United States after enrolling and received a Masters in Comparative Law from California Western School of Law.In 2017, he joined the legal team of Ruiz-Silva Abogados where Gustavo’s practice has been focused on corporate and commercial dispute resolution. He has developed particular expertise in IP disputes, in both the commercial and the administrative fora. He has acted as counsel in several cases involving trademark and patent licensing disputes, as well as in several infringement cases before the Mexican Intellectual Property Institute and before the Federal Administrative Court (TFJA). He also advises in transactional matters and negotiations concerning ownership, transfers, protection and infringement of trademarks, and copyright Law.In addition, Gustavo regularly acts as Administrative Secretary to Arbitral Tribunals. His experience includes acting as Secretary in cases under the Rules of the ICC, the LCIA and UNCITRAL. Gustavo also oversees the day to day aspects of Ruiz-Silva’s litigation practice.