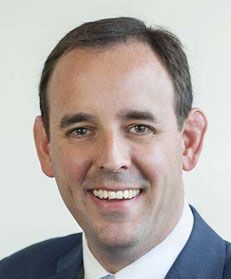 Greig Taylor is a managing director in FTI Consulting’s Economic and Financial Consulting group, and is a member of the firm’s International Arbitration practice, based in New York. His practice specialises in the assessment of damages and related quantum issues, and the provision of expert testimony, in the context of international disputes. Greig has worked on numerous international arbitration matters for both claimants and respondents, under various institutions including ICC, ICSID, DIAC, SCC and the Zurich Chamber of Commerce, and ad-hoc proceedings under UNCITRAL rules and various free-trade agreements. His primary expertise and experience relates to the identification, quantification and valuation of lost profits, business enterprise value and wasted costs in matters involving alleged expropriation and breach of contract. Greig’s clients have involved companies and governments from around the globe including the United Kingdom, continental Europe (including France, Belgium, Austria, Switzerland and the Netherlands), MENA (including Egypt, UAE and Turkey), Asia (including Hong Kong, China and South Korea), Central America, and the United States. Greig’s experience also includes litigation consulting involving forensic accounting and financial investigations under IFRS, US GAAP and UK GAAP, buy-sell disputes, large-scale international acquisitions, and bankruptcy issues. Greig received a B.A. (Hons) in modern history from the University of Manchester, England, and is a member of the Institute of Chartered Accountants of England and Wales. Greig is also the Regional Coordinating Committee member for the North America ICC/USCIB Young Arbitrators Forum. In 2004/05, Greig spent 10 months at sea racing a 72’ yacht around the world.