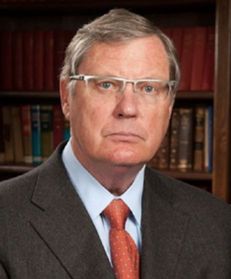 Gordon Kaiser is an arbitrator practising at Energy Law Chambers in Toronto and Washington, DC. His practice involves domestic and international disputes in energy and telecommunications. He served as vice chairman of the Ontario Energy Board for six years and served as Market Surveillance Administrator in the Province of Alberta. Prior to that he was a partner at a national law firm, during which time he appeared in the courts and regulatory agencies across the country as well as the Federal Court of Appeal and the Supreme Court of Canada.

He has advised the Ontario Energy Board, the Alberta Utilities Commission, the Commissioner of Competition, the Ontario Independent Electricity System Operator (IESO) and the Competition Tribunal.

Mr Kaiser has mediated disputes on multi-year rate plans between public utilities and their major customers and long-term contracts for the pricing of gas, electricity and wireless data. He has advised the Alberta’s Utility Commission and the Ontario IESO on settlements under the Market Rules and the Attorney General Canada on settlements under the Competition Act. He has arbitrated disputes dealing with the construction of transmission and pipeline facilities, power purchase agreements, gas supply contracts, the construction of power plants, and wind and solar interconnection.

Mr Kaiser is an adjunct professor at the Osgoode Hall Law School, co-chair of the Canadian Energy Law Forum, president of the Canadian chapter of the Energy Bar Association and editor of Energy Regulation Quarterly. He is recognised as one of Canada’s leading arbitrators by Chambers Global.