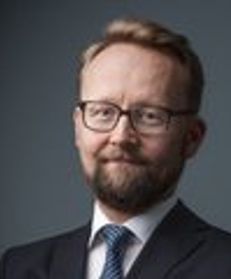 Fredrik Norburg is an experienced arbitration and litigation lawyer based in Stockholm, Sweden and one of two founding partners of Norburg & Scherp Advokatbyrå AB, a specialist firm for arbitration and litigation founded in 2013. Fredrik Norburg has worked as a dispute resolution specialist at other firms since 1999. In 2003, he founded Young Arbitrators Sweden (YAS) at the SCC Institute, and in 2004--2012 he was the secretary of the Swedish Arbitration Association (SAA). Fredrik Norburg acts as counsel in Swedish and international arbitration under, eg, the SCC Rules, the UNCITRAL Rules and the ICC Rules, and in commercial litigation before Swedish courts of all instances. He is also regularly appointed as an arbitrator in Swedish and international arbitration. Fredrik Norburg is recommended by various institutions such as Chambers and Partners, The Legal 500, Who’s Who Legal and Expert Guides.