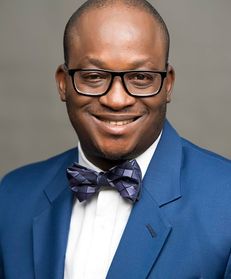 Festus Onyia is a partner at Udo Udoma & Belo-Osagie in Nigeria and specialises in civil, corporate and commercial litigation, arbitration and alternative dispute resolution (ADR). His other practice areas include labour law, employment and industrial relations law and tax litigation. He has attended several seminars, conferences and trainings across his core practice areas and has trained as an international commercial arbitrator with several Nigerian and international arbitration institutions, including the International Chamber of Commerce (ICC) in Paris where he attended the advanced PIDA training in international commercial arbitration. Festus has acted as counsel in both ad hoc and institutional arbitrations, including under the ICC Rules of Arbitration. He has also advised on issues of Nigerian law for determination in matters before foreign courts and arbitration tribunals. He was a member of the international task force appointed by the ICC Commission on Arbitration and ADR on the revision of the ICC Rules as Appointing Authority in UNCITRAL and other Ad Hoc Proceedings. His recent work includes successfully defending a foremost accounting, auditing, consulting and financial services firm in an ad hoc arbitration seated in Lagos. In addition, Festus led the legal team that represented a multinational oil and gas drilling company and its Nigerian subsidiary in an arbitration under the ICC Rules (Case No. 22243/TO) in respect of a claim against a Nigerian oil and gas company for the recovery of unpaid invoices of over US$20 million arising under a drilling contract. More recently he successfully acted for an international drilling company in ad hoc arbitration that resulted in a US$9 million dollar award in favour of the drilling company. Festus has made presentations and written articles across his practice areas. His articles have been published in multiple reputable international journals such as The European, Middle Eastern and African Arbitration Review, The Middle Eastern and African Arbitration Review, International Financial Law Review Dispute Resolution Guide, Chambers International Arbitration Country Practice Guide, Dealmakers Africa and The Nigerian Tax Law Review. Festus is affiliated with several professional bodies such as the Chartered Institute of Arbitrators (UK) and is a Fellow of the Nigerian Institute of Chartered Arbitrators.