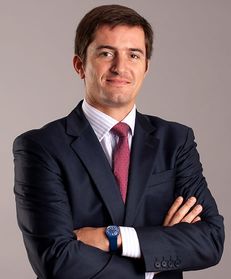 Felipe has vast experience in disputes before Chilean and foreign courts. She has acted as a lawyer and arbitrator in ad-hoc arbitration proceedings and under the rules of CAM Santiago, Lima Chamber of Commerce, CCI, CCBC, UNCITRAL, Permanent Court of Arbitration and LCIA. He has also served as an expert in Chilean and comparative law in international arbitrations and before courts of various jurisdictions.

He has been featured repeatedly by Best Lawyers, Chambers and Partners, Legal 500, and Who's Who Legal in the litigation and arbitration categories.

He is the author of numerous publications on international dispute resolution, including “International Arbitration before Jurisprudence” (Thomson Reuters, 2014) and frequently acts as a speaker at conferences and seminars held in Chile and abroad.

He joined Claro y Cia. In 1994. Between 2002 and 2006 he worked as a senior associate at Freshfields Bruckhaus Deringer, in the Paris and Madrid offices.

Felipe is the partner in charge of our pro bono practice and in 2016 he received the award from the Pro Bono Foundation.