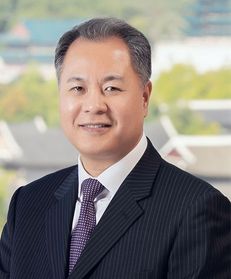 Dr Eun Young Park is a partner at Kim & Chang and serves as the co-chair of the international arbitration and cross-border litigation practice.

After serving as a judge in the Seoul District Court, Dr Park joined Kim & Chang where he leads the firm’s international arbitration and cross-border dispute practice.

Dr Park has earned numerous top rankings as one of the ‘leading attorneys’ in international arbitration in Chambers Asia-Pacific, Expert Guides: Commercial Arbitration and Who’s Who Legal: Arbitration. According to Chambers Asia-Pacific 2021, in which he was recognised as an ‘eminent practitioner’, he is well received as ‘a titan of the Korean arbitration Bar, with a fearsome reputation that precedes him’. In 2018, he was officially commended by the Minister of Justice of the Republic of Korea in recognition of his service to the promotion of arbitration practice and the rule of law in Korea.